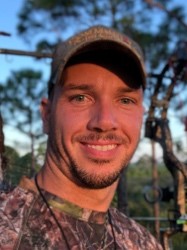 Josh grew up in Florida attending Church and a Christian School until high school. After his freshman year, he moved and finished school in North Carolina. After graduation, Josh joined the U.S. Marine Corps and served as security for Marine One Presidential Helicopter squadron. Later, he began working security for the Nuclear power plant. During that time, Josh heard the word preached. He was made aware of his depraved state and his need for Jesus. Repenting from his former life Josh has strived to live a God glorifying life.

Since then, Josh has faithfully served at Community Christian Academy as the Athletic Director and as a Deacon at Community Baptist Church. Josh has been burdened for the gospel to be preached where it has not yet been. Working as the Logistics Coordinator for Finisterre Vision allows Josh and his family to serve in a critical role providing support to the missionaries in the very remote Finisterre Mountains of Papua New Guinea. 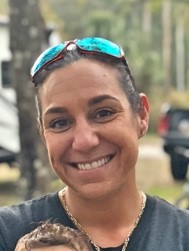 Jessie also grew up in Florida and has lived there her entire life. She was saved as a teenager while attending Community Baptist Church and has gone there ever since. Jessie works full time at home helping to raise three boys Jase, Titus and Rhett. Jessie has served in the Church many different ways including the music team, children’s ministry and in numerous other ways assisting the Church body.

Jessie strives to put Christ as head of everything in her life and is eager to help serve on the foreign mission field with her family.